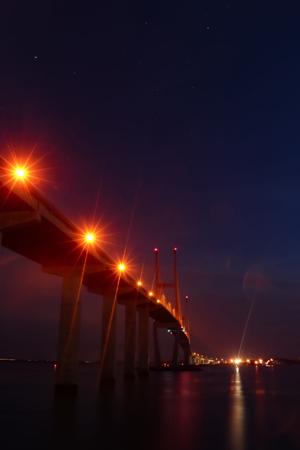 Teresa Jones has always been drawn to creating, so naturally, the arts have held a particular interest for her. But when she received her first camera, a new world emerged.

“My father gifted me a Canon AE1 35mm camera when I was 16 years old. I’d always been into some form of art, but this was my stepping stone into the world of photography,” Jones says.

“Here it is 25 years later, and it’s honestly my biggest passion. I love so many different things about photography … you’re freezing a moment in time, capturing a memory. I’ve told many people over the years that I capture everything I can so that I never forget anything.”

As she’s collected those memories, she’s also continued to hone her craft, expanding into a variety of areas. There’s something about nature that proves to be a particular draw.

Like many photographers, Jones, who operates Gypsy Wild Photography, often takes early morning strolls along the Isles’ beaches, waiting for that first glimpse of dawn.

But, in an unconventional twist, she also shoots beachscapes at night. A friend who also enjoys the art form walked her through the basics, and the results are simply stunning. The darkness provides a rare opportunity to see the cosmos in all of its glory — from full moons to the expanse of the Milky Way galaxy.

True to form, Jones wanted to capture that beauty — but that can be a tricky task.

“I am absolutely fascinated by the sky, especially the night sky. What I like the most about them is the ability to capture a scene that’s hard to see with the naked eye. It’s as if I’ve captured a whole other world,” she says.

The technique also connects on a deeply personal level. Summer stars and moonlight bring back memories of her childhood.

“The biggest thing for me that makes them so special is the memories I have about my paternal grandfather. He’s the inspiration in my night photography. At around the age of 10, he woke me from my sleep in the very early hours of a summer morning,” Jones says.

“He loaded me into his truck and drove us to a field way behind their house away from the city lights. All of this, to show me an incredible meteor shower. The love I have for the sky and the night only multiplied tenfold.”

Jillisa Hope Milner shares that love. The owner of Wings Open Photography started capturing the sky after participating in a program that outlined the method.

“I took a night sky photography workshop in 2016 with the photographer Mark Buckler and I immediately fell in love with the magic of it. For me, gazing at and photographing the stars always helps remind me that we are just a little part of a big, wide universe,” she says.

“Problems and worries always seem much less significant when I gaze at the vastness of space. I also love that the camera can capture even more than the human eye can see — it allows us to see more deeply into the universe around us.

Milner says that shooting with a shutter speed of 18 to 25 seconds allows the camera to capture all the light the stars emit.

“That’s why it looks even more dramatic. Our eyes see light moment to moment. The camera can capture light across many seconds, or minutes even,” she says.

But there are multiple factors that make these shoots difficult. First off, one must be very comfortable with his or her camera — and it must be a pretty high-tech instrument. Among other techniques, photographers shoot with specific lenses and in manual-focus mode. Milner adds that one also has to be aware of the celestial movements.

“You can’t just pop out on any night with any camera and get a great Milky Way shot. It has to be the right time of year — about April through September for our area — and you have to know the weather, what phase the moon is in, when the moon will rise and set, and when and where you can see the galactic center of the Milky Way — that’s the thick, beautiful band of stars most people are eager to photograph,” she says.

“The galactic center rises and sets just like the sun and the moon, so it takes some planning and some luck to get all the conditions to align. It often means being out with your camera between 1 and 4 a.m. I use an app called the Photographers’ Ephemeris to track the best times based on any given location.”

When one gets that perfect shot — all of the planning, effort, and sand gnat bites are worth it. Milner points to the image of a shooting star taken on Cumberland Island as evidence.

“One of my favorite photos is from Cumberland Island, taken while I was camping there during a Perseid meteor shower,” she says.

“I was on the beach doing time-lapse photography, which involves taking hundreds of photos over the span of hours. I was so lucky to have one of those hundreds be at the perfect moment to capture this shooting star.”

From capturing shimmering celestial bodies over the ocean to tropical maritime forests and sweeping marsh vistas, the land of the Golden Isles offers an unending source of artistic inspiration.

“We are so fortunate to live in a place where it’s possible to photograph the night sky. People who live in big cities can’t get Milky Way shots like this due to light pollution,” Milner says.

“These photos show us a little more about the nature of our area — literally, where we are in the universe. And through these photos, we get to explore the beauty of our coast during the hours when most of us are asleep.”