Whenever anyone starts to talk about traveling out of Glynn County, my friend Sandy says, “We don’t travel, OK!” Over the years, I have met travelers who are always on the move. Their boats and RVs are their homes. Then there are other folks, like Sandy, who are happy just where they are. 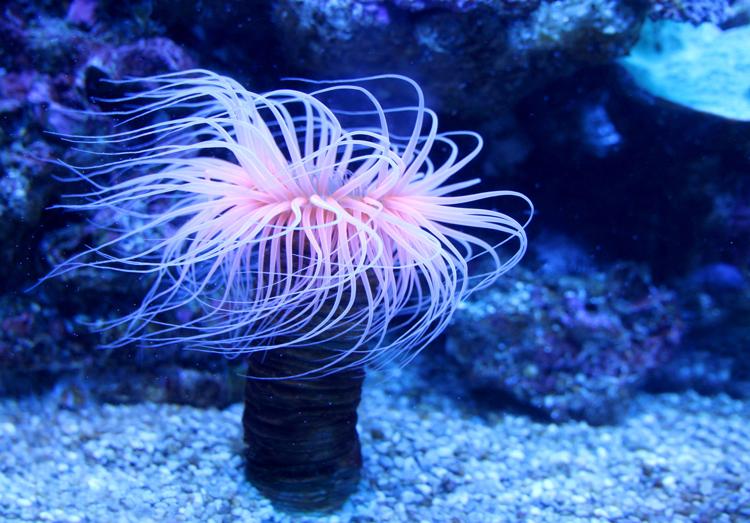 Variety is the spice of life. In the ocean, there are big fish and whales that travel long distances with no qualms. On the other side of the coin, there are organisms that, once they find a home, they stick to it like glue. If you are a boat person, these creatures can be a nuisance. For this reason, creatures like sea anemones, barnacles, and oysters are called “fouling organisms.”

I decided to explore Jekyll Island’s Driftwood Beach one quiet day. It is a fascinating place. Trees are stranded on the beach with the tide washing over them twice a day. It is a fantastic example of nature’s sculpture garden. People visiting for the first time think that storms washed them up on the beach. The trees were once on high, dry land, and the ocean ate away at that land. The barrier islands of South Carolina, Georgia, and Northern Florida are always moving. The concept is called “sand sharing.” The offshore currents take the sand from the north ends of barrier islands and tumble it south to build the south end of these islands. But, the trees on the north end are left stranded in the sand. The tide washes around the root systems and branches, leaving tide pools. Out on the Pacific Coast of California, Oregon, and Washington State, people like to go tide pooling, looking for sea creatures stranded in the pools of water.

This quiet day, I was exploring the tide pools on Driftwood Beach. There were living sand dollars stranded on the dry sand. I picked them up and placed them in the water. The creatures slowly disappeared into the sand. While watching them, something moved in the water at the base of a fallen tree. Wow! It was real, live sea anemones just like the ones in the movie, Finding Nemo. Discovering these sea anemones in the wild was thrilling. I have seen them in salt-water fish tanks, but here they were on Driftwood Beach. They were stuck deep in the pools attached to a root.

Some of the creatures were closed up. They looked like funny, bumpy, squishy pale rocks. I timidly touched one, and it sprung open. It had tentacles. They were larger on the outer rim and smaller closer to the central opening. It was a stunning creature. Richard Chewning is the 4-H Center’s director of Camp Jekyll, a UGA/Jekyll Island Authority Environmental Educational Center at the south end of Jekyll. He is my go-to guy for all things ocean. He told me that these were warty anemones. These are common sea anemones found around the big driftwood trees at the north end. Chewning said the kids at Camp Jekyll got a kick out of these anemones because tentacles called nematocysts do not sting. An interesting fact, he added, is these warty anemones are not found on the south end of Jekyll because the sand is too fine, but love to attach themselves to the roots and rocks at the north end. There is always something to learn in this diverse Georgia Coast.

Take some time and explore. Find the animals that will travel long distances to get here. Discover the creatures like the warty sea anemones that find a home and stick to it like glue.