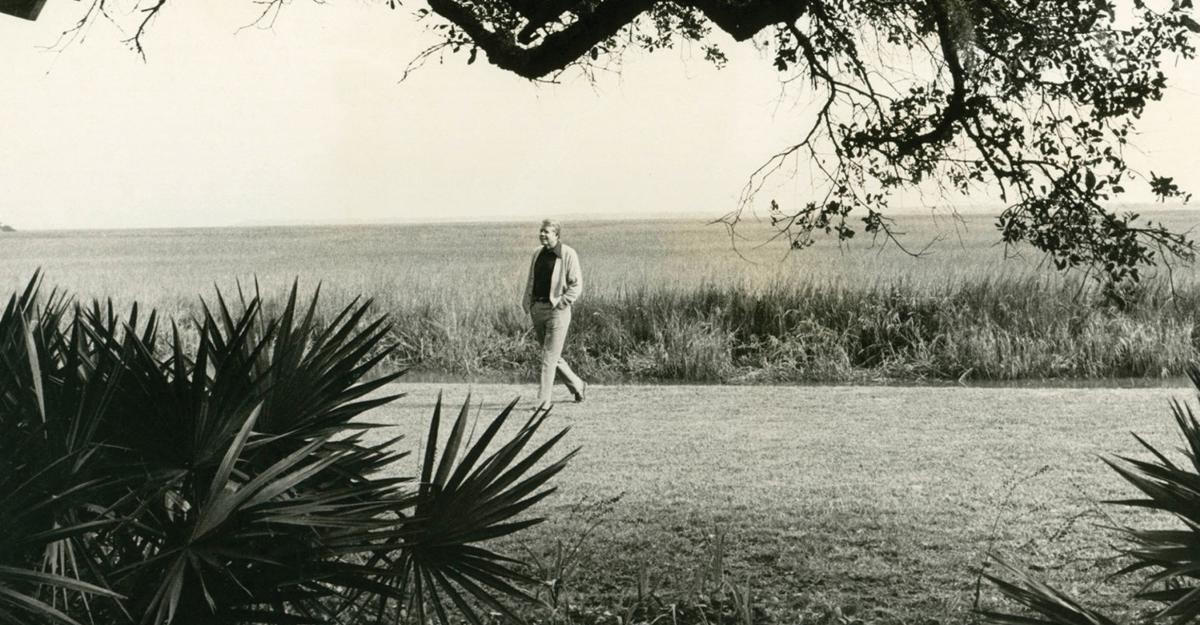 Magnificent live oaks stand guard at Musgrove, where the passage of time has slowed down. The land enchants with the moss-draped canopy along the banks of the swift flowing tributary that flows into the ocean just at the horizon. Now, its serene and breathtaking vistas will soon be viewed by many islanders as Musgrove enters a new chapter in its rich history. 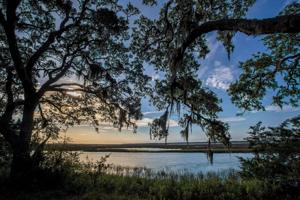 For 80 years, the St. Simons Island property has been a much-loved — and very private — family compound. Purchased by R.J. Reynolds-heir Nancy Susan Reynolds in 1938, it was named Musgrove Plantation in honor of Mary Musgrove, a woman of both Native American and Caucasian heritage who served as an interpreter and negotiator for the early Georgia settlers.

This summer, descendants of Nancy Susan Reynolds completed a three-phase sale for 258 of Musgrove’s 465 acres to the St. Simons Land Trust, with the family and its Brenn Foundation retaining the remainder.

The forested tracts will be protected in perpetuity, and during the next six to 12 months, the Land Trust will begin opening sections of the land to the public. In addition to providing hiking and biking trails and other outdoor activities, the property will stand as a gateway to the wilderness corridor along Lawrence Road and parallel to the Hampton Spur bike trail on the north end of the island.

In celebration of this new phase, we invited members of the community to speak about their memories of Musgrove, its role in Georgia’s history, and the joy they have as new beginnings unfold.

Nicole Bagley has fond memories of roaming the woods and creek side of Musgrove. “I grew up coming here,” she says. “We kids were always out on the creek or the dock, exploring the property, playing hide and seek, swinging on swings. We were just all around the place!” 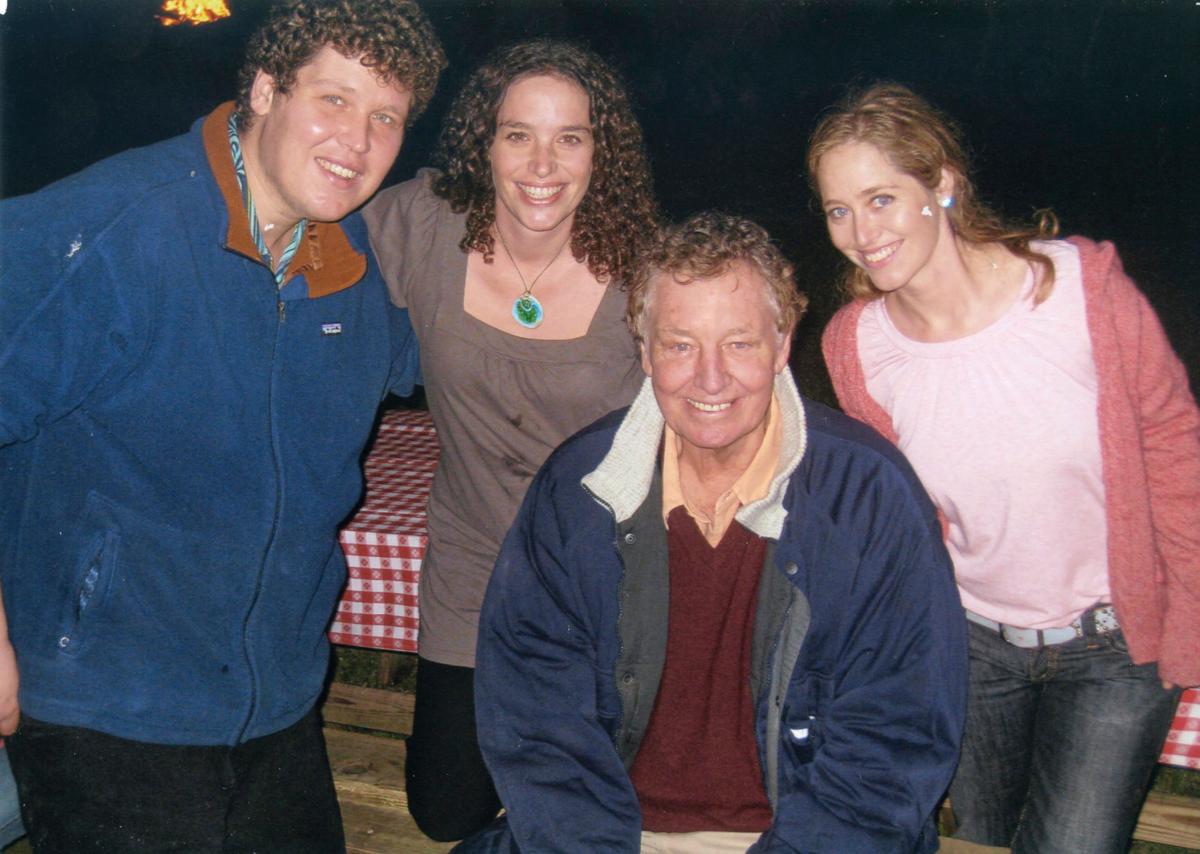 Bagley’s late father, Smith W. Bagley, was three years old when his mother, Nancy Susan Reynolds, bought the property. He, too, grew up playing in the woods and water at Musgrove, just as his children did and just as his grandchildren are doing this summer. “It’s a kids’ paradise,” says Nicole Bagley, who is also the Brenn Foundation president. She says her grandmother “would be incredibly proud of what we’re doing here, opening up the property to the public.” Her grandmother was always proud of her gardens and of preserving the land that has been on the Christ Church Tour of Homes for 50 years.

“This is an exciting time for the Brenn Foundation, with this land being preserved and the public being able to enjoy it,” Bagley says. “I couldn’t think of better partners than the St. Simons Land Trust.” 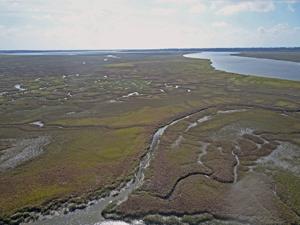 Susan Shipman, a marine scientist and the former director of Coastal Resources at the Georgia Department of Natural Resources, has lived on St. Simons for 40 years. She knows how Musgrove is ecologically connected to the Altamaha Delta, which is recognized as one of the most biologically rich ecosystems in the world.

“This diverse habitat comprises mature maritime forests, upland pine flatwoods, and rare freshwater wetlands. What’s especially notable is the two important and declining coastal wetland communities: the Red maple-tupelo maritime swamp forest and the wet pond pine flatwoods. To have both pond pine wetlands and mature maritime forest on the same island is very rare. The two are found together on only two other barrier islands: Cumberland and Sapelo,” she explains.

In addition, the marsh at Musgrove “performs invaluable services such as reducing storm surge impacts to adjacent uplands; minimizing erosion; and supporting essential habitat for fisheries, manatees, and threatened and endangered species, such as wood storks.”

Frances Zwenig, an East Beach resident, has numerous memories of Musgrove, including an oyster roast hosted by her friend Smith Bagley and featuring a performance by the Sea Island Singers.

Zwenig says that when the opportunity presented itself to work with the Land Trust, Bagley’s children, and the Georgia Department of Natural Resources to “preserve Musgrove in all its natural beauty,” she immediately agreed. Her generous contribution was used to close on the third phase of the acquisition and will pay for the creation of a nature trail along the creek in memory of her late sister, Janet Gail Zwenig. “I look forward to the day we can cut the ribbon and have the trail enjoyed by Janet’s friends and co-workers from Harper’s Joy and the Fourth Street Training Center in Brunswick,” she says.  Janet’s Trail will be part of a network of low-impact hiking paths crisscrossing the property.

Beth and Tommy Holder have vacationed on the Georgia coast for years and now divide their time between the coast and their home in Atlanta. They have been generous supporters of the Land Trust for more than a decade. “We’re thrilled that the final phase of the Musgrove purchase has been completed,” Beth says. “What a wonderful benefit this protected maritime forest is — not only to St. Simons, but to the entire state. We are proud to have partnered with the Land Trust on its coastal conservation efforts and to be part of such an important legacy the community is leaving for future generations.”

A legacy of preservation

Wyche Fowler — former United States congressman and senator as well as former ambassador to Saudi Arabia — was a dear friend of Smith Bagley, and they spent many memorable moments together at Musgrove. 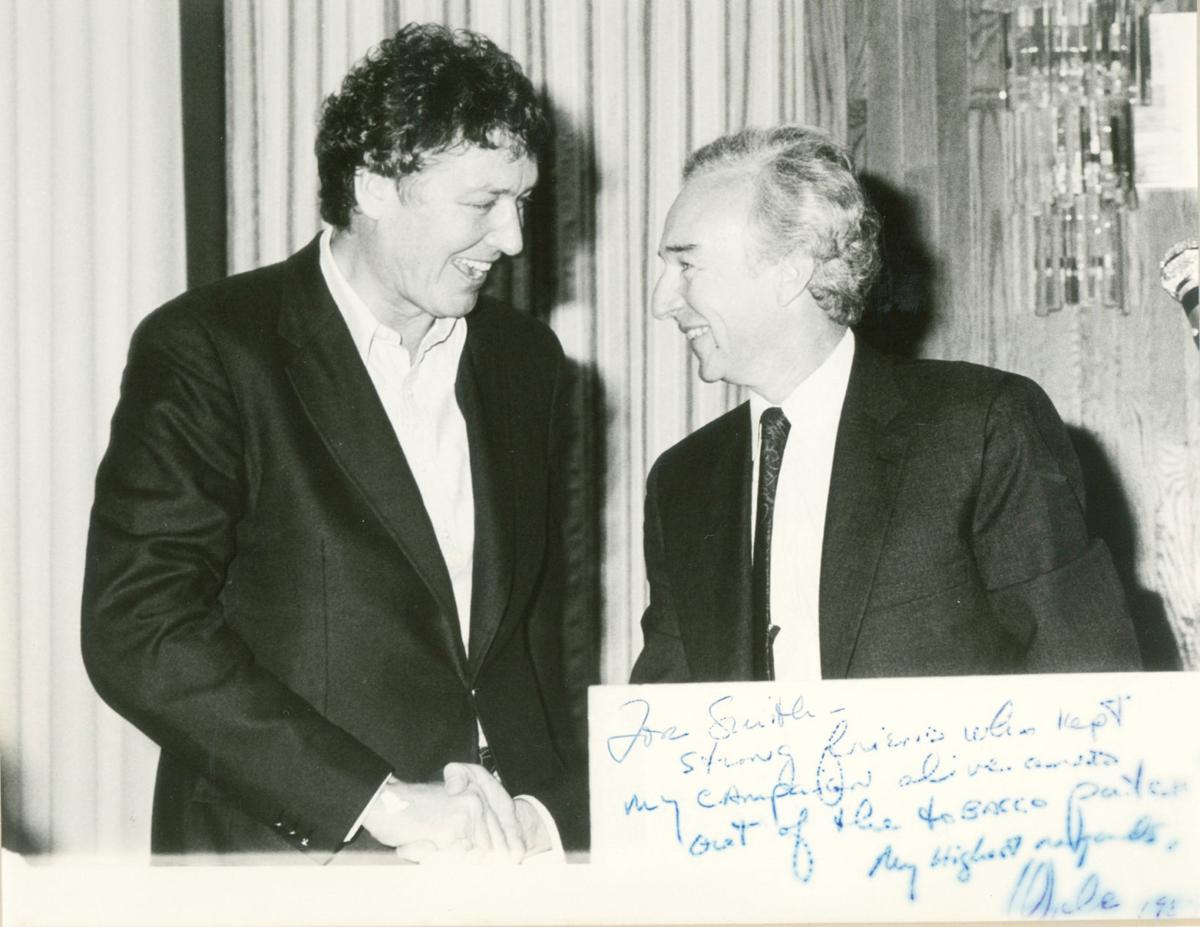 “Smith was a generous philanthropist who had a special concern for protecting our coastal environment. He demonstrated this at Musgrove, when it was his private preserve,” says Fowler, a part-time St. Simons resident. Bagley, who died in 2010, was chief executive of a cellphone company he founded in Arizona, New Mexico, and Colorado. But he was equally dedicated to philanthropy and public affairs. “I know he’d be greatly pleased that much of his protectorate will now be part of the public’s pleasure.”

Gordon Strother, a lifelong resident of St. Simons, grew up knowing about the private compound at Musgrove. “I do remember one time, when my mom went out there. I went with her, and I walked the maze in the gardens. As a little kid, it was awesome. It was always this enchanting, mysterious, magical place.”

“Musgrove is about as old-St. Simons as you can get. What’s nice is that the property owners have worked with the Land Trust to preserve it. It’s nice that the locals will have access to it now,” says Strother, a third-generation islander who many know through the strong connection his family has to St. Simons. The family business, J.C. Strother Company, in the village is another island institution and has been passed to the fourth generation of Strothers to carry forward.

Frank Moore was present at President- Elect Jimmy Carter’s first cabinet meeting, held at Musgrove in 1976. A Georgia native who has been living on St. Simons for the past seven years, Moore had been Carter’s chief of staff while Carter was governor before becoming deputy presidential campaign director and finance director and finally congressional liaison. 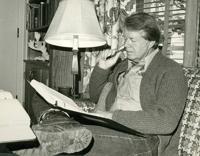 Moore remembers working late into the night at Musgrove as potential cabinet members were vetted and interviewed. “It was frantic, but also very organized and very serious.”

Almost overnight so much changed — including the Secret Service detail and the press. Through all the commotion, Moore says the Bagley family “was incredibly gracious and helpful to all of us.”

A destination for Georgians

Scott McQuade, executive director of the Golden Isles Convention and Visitors Bureau and St. Simons Land Trust board chairman, sees Musgrove as another destination for visitors to the area. “People are always looking for a place to hike and explore,” he says, “and we’re looking forward to giving them another option — especially one with new opportunities for healthy outdoor activity.”

Visitors and locals will be invited to walk, hike, run, cycle, fish, bird-watch, picnic, kayak, and learn about nature, and just generally enjoy the Golden Isles’ latest preserve that connects to the Altamaha River Corridor, which has been called by The Nature Conservancy as one of the 75 Last Great Places in America. 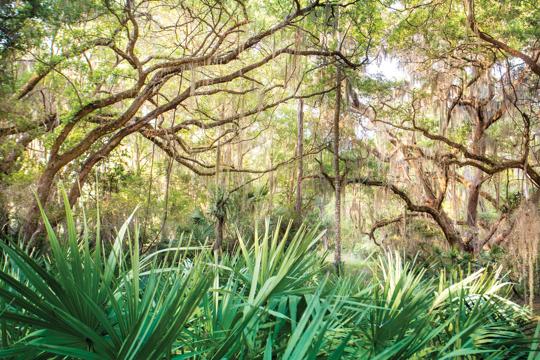