Not many cities can claim a native dish that houses as much controversy as it does acclaim — but that’s precisely what Brunswick stew brings to Brunswick. 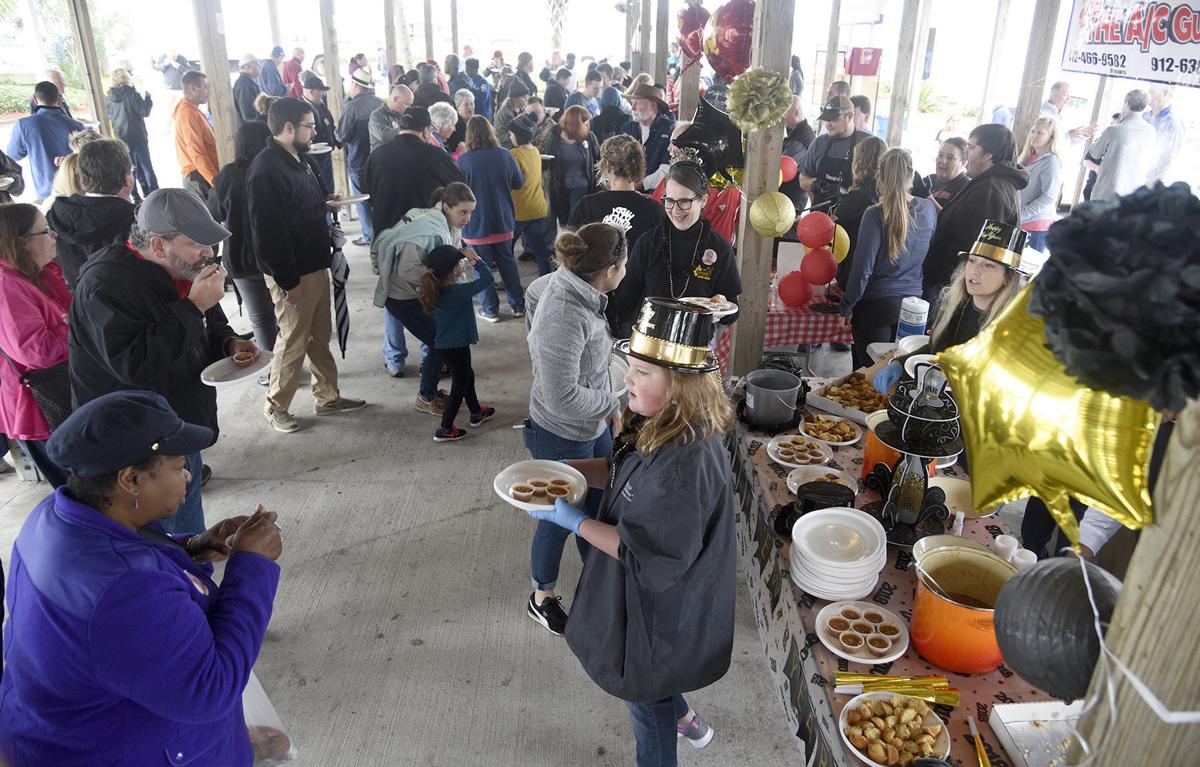 The stew, which both Brunswick County, Virginia, and the Coastal Georgia city lay claim to, is the center of attention for the 21st annual Brunswick Rockin’ Stewbilee.

The Stewbilee is part music festival, part cook-off, part cultural institution, and part good old-fashioned get-together for the citizens of Brunswick and beyond. Different cooking teams come together to present their takes on Brunswick stew for judges and attendees to taste. 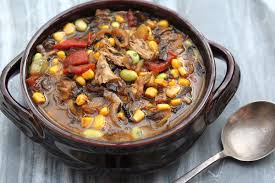 The Stewbilee is a joint effort between its committee and the local Kiwanis Club. The committee’s responsibilities include the logistics — road closures, sponsorships, and security, among others — while the Kiwanis Club organizes the actual stew competition, the classic car show, and the kids’ area.

All funds that the committee raises through sponsorships go to the Boys and Girls Club, while all the Kiwanis Club funds go to the organization’s general fund.

Teeple Hill is Stewbilee’s chairman and has been involved in the event since 2007. He said that it takes everyone — the volunteers, musicians, cooks, and judges — to create such a memorable and, at this point, historic event.

“All these different teams donate their time, their work, and their stew to make a successful event,” Hill emphasizes. “Without the teams, we don’t have Stewbilee.”

Ron Adams is a cook in this year’s Stewbilee, but was one of the key organizers from its inception. Since its first event in 1999, the event has gone through as many iterations and changes as there are differences from one person’s stew recipe to another.

At one time, it was a three-day event in October or November, featuring musical acts such as the B-52s, The Neville Brothers, and Casey and the Sunshine Band. When the 2008-2009 recession hit however, the organizers decided it was time to size the event down. Then, when hurricanes caused problems two years in a row, the decision was made to move the date to January, which Adams says has worked out well for the competition.

Even after going through so many changes, the Stewbilee is such an economic boon for the city that even the best cooks of downtown aren’t able to take the day off to compete, Adams says.

“I’ve tried to get (Tipsy McSway’s owner) Susan Bates to cook in the Stewbilee, but she can’t be out of the restaurant because she has so much business that day,” he says, laughing.

While the event has become a downtown staple, Stewbilee almost had to change venues this year due to the city’s plans to renovate Mary Ross Waterfront Park. However, the powers that be, due in part to urging by the Brunswick Exchange Club, promised they would wait until after 2020 to make any changes. As it stands, the event stretches on Bay Street from Newcastle to Gloucester, as well as all of Mary Ross Park.

Adams says Stewbilee not only aids the Boys and Girls Club, but also the city’s inhabitants through sheer exposure and attendance.

“It’s a great calling card for the city of Brunswick,” he said. “It helps people see the real beauty of our city. It’s been a very mutually beneficial event.”

Hill agrees. “This is an event that brings the entire community together,” he said. “Everyone comes out for this and has a good time. It’s a real melting pot for the community,” Hill says.

Though Brunswick, Georgia, is the home of the Stewbilee, and even has a pot at the intersection of F and Bay Streets labeled “in this pot the first Brunswick Stew was made on St. Simon Isle, July 2, 1898” — many Virginians will argue that the coastal city doesn’t deserve to host it.

When asked where he thought Brunswick stew originated, Hill immediately responded, “Brunswick.” A pause, then with a small laugh, “Georgia.”

Source:  Golden Isles:  The Magazine for Brunswick, St Simons Island.  “Dish Stews Up a Bit of Controversy, With a Side of Fun,” by: Beth Lindly

Musings About Musgrove, Locals reflect on the legacy of the land now preserved by the St. Simons Island Land Trust for future generations

An Ode to Orchids