Water, it is all around us. We are fascinated by it, yet we take it for granted. Scientists know many of its secrets, but there is a mystery that lies in the deep. 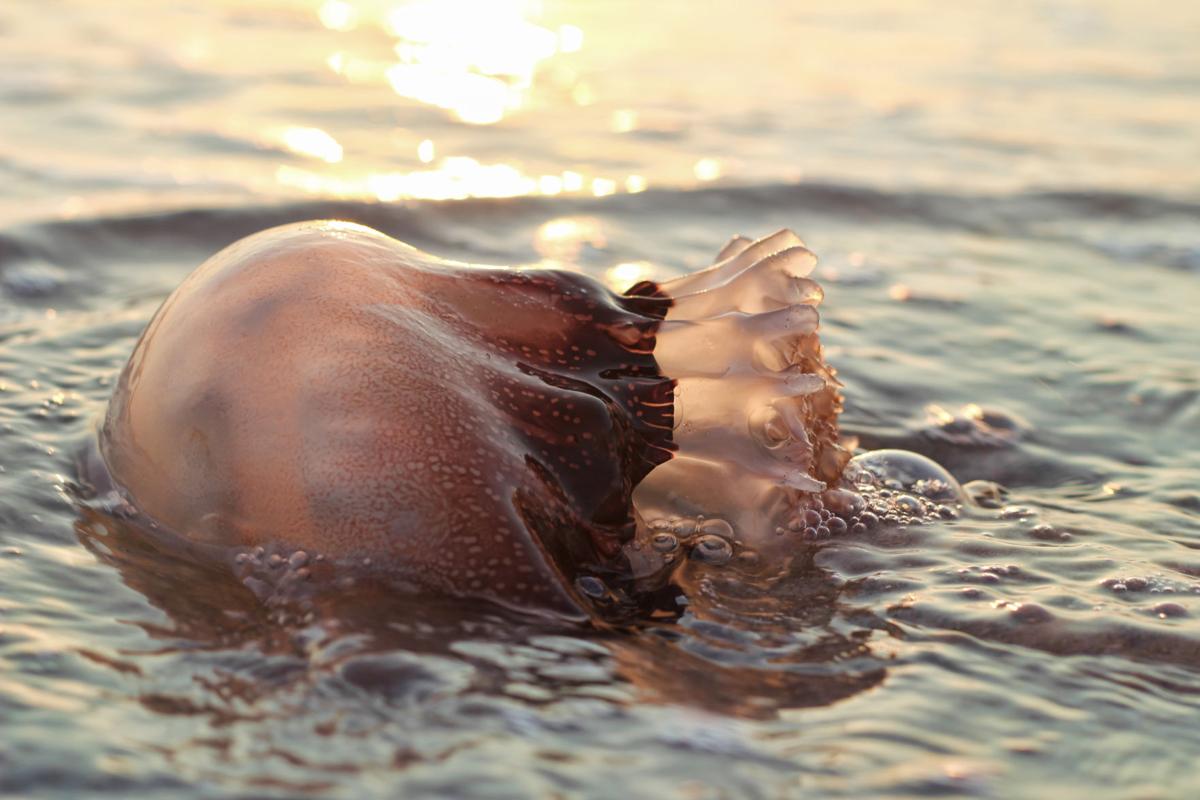 I grew up next to the Mississippi River. When my world seemed to be going wrong — problems seemed to be piling up with no solution in sight — I would go down to the river’s edge and watch it flow by me. There were times when there was too much water, and the currents in the river would swallow everything carrying things bobbing downriver. That river taught me to respect water. Settling along the ocean, I wondered about the power of that vast ocean and what lurks beneath its surface. A lifetime later, the ocean still holds secrets.

Last year, when I went out to the South end of Jekyll. I had never seen so many dead Cannonball Jellyfish in my life.

Doing research, I discovered that Jekyll and St. Simons were not the only barrier islands that were hit by piles of jellies. There was an article in the Myrtle Beach newspaper about this same invasion of the Cannonball Jellyfish. This die-off was happening from South Carolina to Florida. What are Cannonball Jellyfish and why do they end up dead on the beach?

“Cannonball Jellyfish” is actually an inaccurate name of this beast. People who study these creatures call them “jellies” and proclaim loudly — “they are not fish.” They are called Cannonball jellies because they look like gray translucent balls when they wash up on our beaches. There are always a few dead along the wrack line. I looked into it and learned that they are common along our Southern coast. They use water to move. When the current is too swift, or the water isn’t salty enough because there is a lot of rain, these jellies die and end up on the beach.

Another name for this creature is “jelly balls.” Jelly balls help filter the ocean’s water. They eat zooplankton, small crabs, and fish larvae. In turn, they are food for our sea turtles and fish. It is a favorite food for leatherback turtles. But turtles aren’t the only ones that eat these jellies. It is a prized food in Asia. Jelly balls are said to be good for high blood pressure, arthritis, and bronchitis. Jellies are low in fat and high in collagen, which is what our skin needs to appear youthful. It tastes like tofu; in other words, they have no flavor.

About 20 years ago, some shrimpers discovered that they could expand their fishing season by catching jelly balls. Today, it is the third-largest fishery on the Georgia coast right behind shrimp and crab.

Golden Island International in Darien, Georgia, process these jellies. The process is like pickling. The workers remove the stem from the round “head,” then it is salted down and dried. As it dries, it loses eighty to ninety percent of its mass. They are cut into strips and shipped off to Japan and China.

So, the next time you go out to the beach and see all those gelatinous masses along the ocean edge, know that water is revealing one more nature connection.

The Isles are alive with music